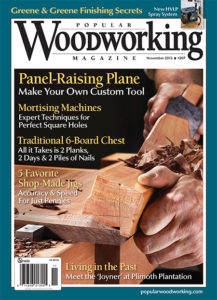 Two bankruptcy auctions were recently held by what remains of F+W Media. In the first sale, approved on June 10, 2019 by the court, Penguin/Random House purchased the F+W book division. In the second auction, held June 17, 2019 Active Interest Media purchased the Popular Woodworking “Community”. As yet neither purchaser has announced what will become of these newly acquired assets.

As mentioned in this earlier post  Popular Woodworking owned the back content for American Woodworker, Woodwork and Woodworking Magazines. Where things get complicated is the separation of the book business from the magazine business. Until November of 2018, books and magazines were not considered separate business entities at F+W. The cynical view is that this was a move in anticipation of selling off the assets of the company. In the 10 years that I worked for Popular Woodworking there were never clear lines between what belonged to books and what belonged to the magazine. This post on Digital Reader sums up the complications. It may take a while to sort out who owns what as well as what will happen to all the royalties owed to authors by F+W for magazine articles, books and videos.

I was still on board (but with one foot out the door) in 2014 when F+W purchased New Track Media, the parent company of American Woodworker. When one magazine publisher buys another magazine, especially one that is struggling, decisions need to be made. The easy way out is to roll the subscribers of the purchased magazine into the subscription base of the magazine that is already owned and repackage the existing content. When New Track Media bought Woodwork, Woodwork subscribers became American Woodworker subscribers. When F+W purchased New Track, American Woodworker was not an important part of the deal and in a few months AW subscribers became PopWood subscribers. AIM already owns Woodsmith and Wood Shop News and they are paying $1 million for the assets of Popular Woodworking. The question is are they willing to fix PopWood, or are they looking to slice and dice all of that existing content?

Either way is a challenge, and if the purpose of the business is to increase investor value by reselling previously published content, the carcass has already been picked clean by F+W. If the goal is to produce content that woodworkers in the 21st century will pay for, there are a lot of bills to pay and a lot of relevant new content to create. At this point the fate of Popular Woodworking is anybody’s guess. I believe that the readers are out there, but they deserve better content and better treatment from publishers.